The Importance of #Hashtags for Social Media Networking

Following on from my previous post, Explorations in Social Media, I would like to explain my perception of the importance of using hashtags, and I will suggest some networking groups that I have found as a result of my studies. It has taken me a good few years to even begin to comprehend how to use social media in a professional and useful manner. I joined Facebook when it became the Next Big Thing, and I subsequently joined Twitter when I began to explore the possibility of becoming a 'serious career writer.' The other networks sort of followed on naturally as I was introduced to them, and now I have settled on those that seem most suitable. My current regular platforms are Twitter, Google+, Pinterest and Facebook.

All four of these social media websites now offer the use of hashtags to correlate information and bring people together. To my knowledge it was Twitter that first started this trend (although please correct me if I am wrong). Somebody, somewhere, came up with the idea to put a hashtag in front of a word and voilà! Other people picked it up, liked the idea, and began sharing it around the internet. Personally I think hashtags are great, especially on Twitter. My news feed tends to be clogged up with tweets that mainly tell me to buy one person's book or another (I know, I am one of them!). Now I can narrow down my searches more easily by asking Twitter to show me the tweets I want to see. Then I can interact with different people about different things, and I don't need to open several different Twitter accounts and confuse myself even more. 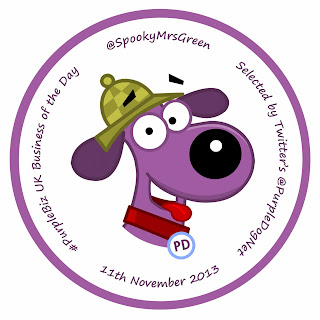 On Twitter I am only just beginning to explore a lot of hashtag groups that I recently discovered. It seems that one leads on to another, and while this all very exciting, it can also become very time consuming. I have to be interactive as much as possible, but I fit it around my family life, and my children will always come first. Anyway, a couple of hashtag groups that I am active in are #bizitalk and #PurpleBiz. In fact, just recently I was a #PurpleBiz Business of the Day, which gave me a huge confidence boost, not to mention a lot of new followers that will eventually translate into more book sales. I just have to keep up the good work.

My next task is to explore some other hashtag Twitter groups. These include #TwitterSisters, #ConnectFriday and #PinHitsHour among others. I love meeting all of the diverse small businesses and fabulous people that meet in these groups, and now I am also finding myself added to various Twitter lists (something I am still learning about so more to follow on that later). If you are exploring Twitter for the first time, or you are unsure about hashtags and what they can do for your business, just try them out. Put them in your Twitter search or click on them in messages on your news feed, and you never know where they might take you...

My novels are adult paranormal with equal amounts of dark romance and contemporary English Gothic. Sign up now for special offers and book release news.