Today I hand over my blog to our guest, Mary Martinez. Take it away Mary...

Thank you for letting me join you today, Catherine. First, a bit about myself, I live in the US in Magna, Utah. That is about 15 minutes west of Salt Lake City. It’s an experience, and if you ever visit you’ll know what I mean. I love the mountains, and the seasons. And in Utah, you can experience every one, in ONE day. It’s the only place I know you can snow ski in the morning and golf or water ski in the afternoon. My husband and I love to travel, it’s a shame we are not independently wealthy. But we go as often as we can afford.

Together we have six grown children and by Christmas of this year, we’ll have eleven grandchildren. We have papa and nana night every other Wednesday. It’s fun for the kids to see each other and I get to see them since I have a day job on top of writing. I’ve decided the best thing about kids, is the grandchildren.

I hope it’s okay, but I’m going to share a couple of things today. First, Four Sisters is a story I’ve been working for years, it’s close to my heart for many reasons, all would most likely bore the pants off everyone.  This is due out in June. 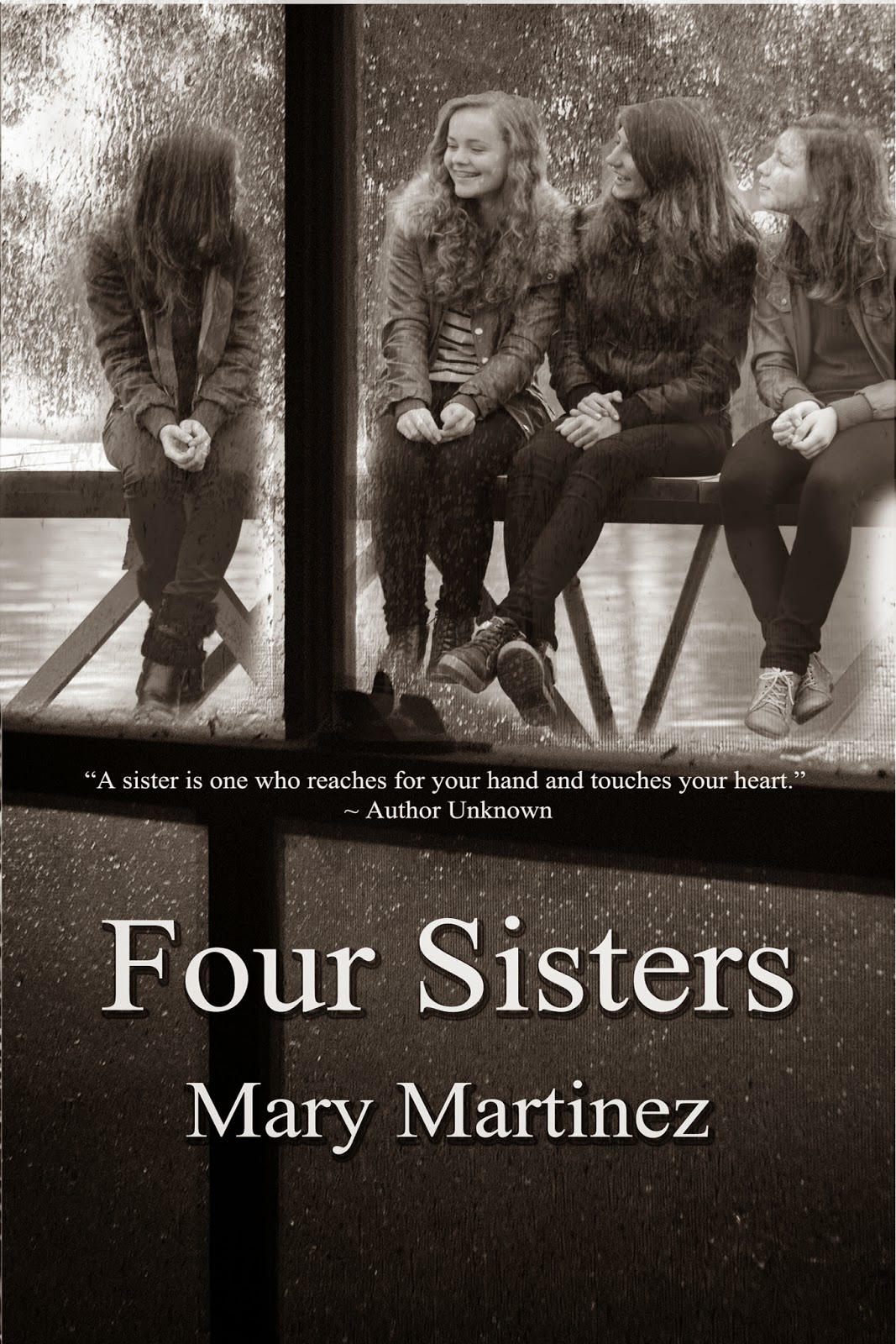 This story is not about love, or in the end, sickness, but the relationship of a family. What can tear a family apart, and what can bring it back together again. It’s a challenge, and I hope that Four Sisters live up to it.

Blurb:
In the early sixties during the time of make love, not war, Kathleen finds love and starts a war with her family.

Four Sisters is a story rich in the relationships of Kathleen Williams' life. Kathleen discovers her sexuality in the sixties. She's different from other girls her age and scared about how her sisters, especially her closet sister, Deborah, will handle the fact she's lesbian.

When she reveals her love for a woman, her worst fears are realized--she's banished from her family and home.

Over forty-six years later, Kathleen is diagnosed with a terminal illness. Susan, her lifelong partner, encourages her to make peace with her family.  Kathleen's journey now includes rebuilding her relationship with her sisters as well as the battle of her life. Her only chance for peace is to find acceptance.

I also have a series, The Beckett’s, there are three books to date, with a fourth due out at the end of the year. Check out the trailer, it’s one of my favorites (of the ones I’ve created that is). 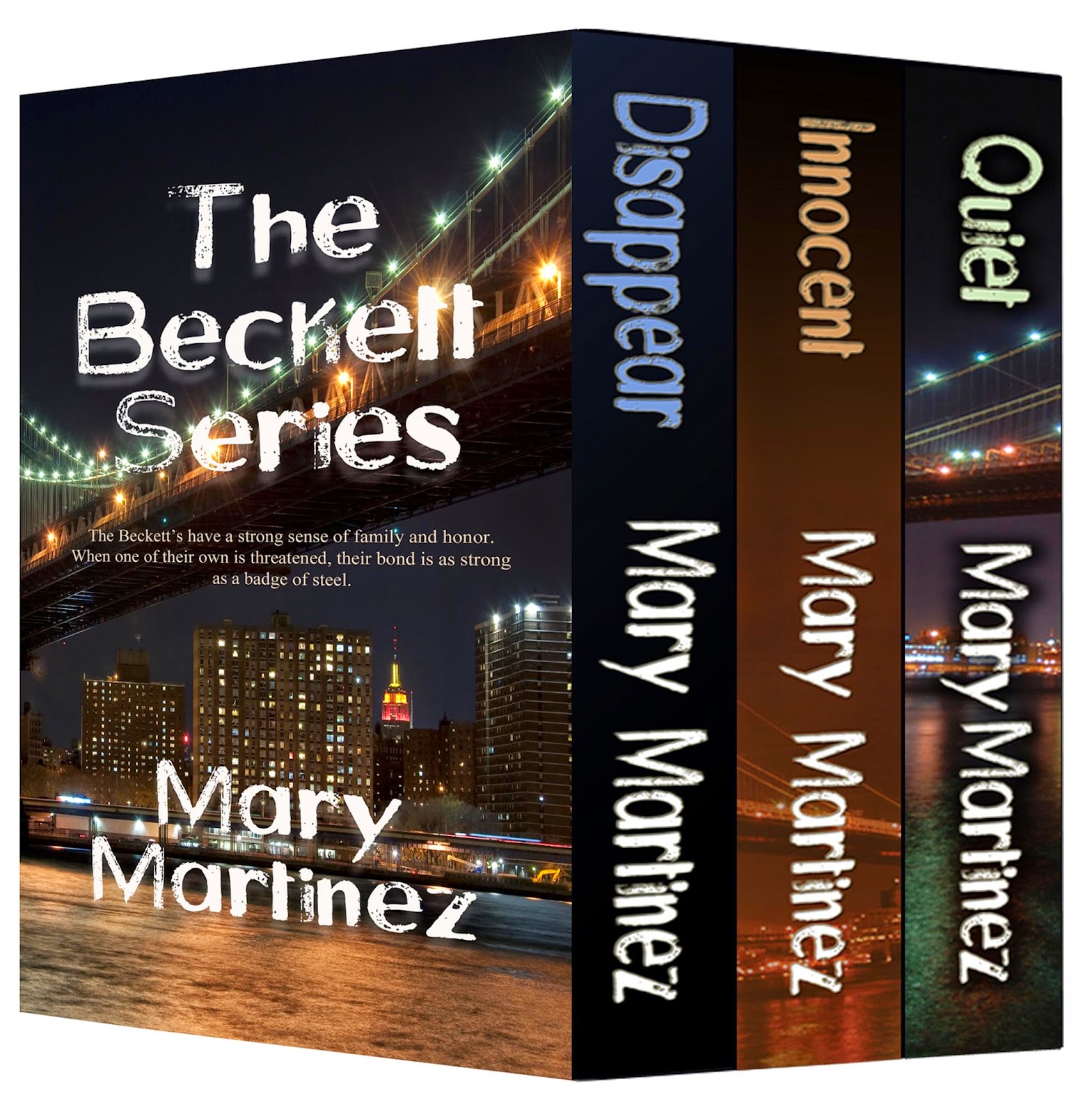 The Beckett’s have a strong sense of family and honor.
When one of their own is threatened, their bond is as strong as a badge of steel.

Disappear:
After two years undercover as an FBI agent to infiltrate a crime organization and discover the identity of a hit man, Tyler Beckett’s cover is blown. Tyler’s new assignment is to protect the only witness who can identify the mysterious killer. If only he didn’t find her so attractive. Each day it becomes harder to keep his objective, especially since he knows the interest is mutual.

Keira Cavanaugh is the only witness to a hit ordered by a crime boss.  The safe house is compromised and the same hit man shoots Tyler. Fearing Tyler is dead, Keira plans revenge on the crime organization. She must fake her own suicide in order to survive.

When Tyler discovers what Keira plans, he realizes he must stop her before he loses her for good.

Innocent:
All Jessica wants is a home and a family. So how did she suddenly find herself falsely accused of a felony and then kidnapped by a hit man?

Jessica Beckett loves her job teaching high school algebra. That is until Coach Brinley makes her life miserable because she actually has the audacity to fail his three staring football jocks. Maybe if they’d done their homework they would have passed. She refuses to be intimidated. He on the other hand refuses to admit defeat and manipulates the boys into accusing her of sex in exchange for passing grades.

Gabriel Despain loves his job as FBI agent. But falling for his partner’s sister has complicated a great partnership. It would be a lot easier to ignore his feelings if Jessica hadn't found herself in trouble. Now he must keep her safe. And if he can't remain objective, they both might get killed.

Quiet:
Christine Beckett’s dream of partnership in a prestigious New York City law firm has finally come to fruition. She has financial security, a loving family, and owns her home, why does she need a man?

Detective Solomon has worked with Tyler Beckett on several cases, he almost feels he is part of the Beckett clan. He considers them his good friends, except for Christine who seems to look down her professional nose at him.

Christine receives a threatening note and her townhouse echoes with mysterious cries in the night. That is when the handsome and irritating detective insists he temporarily move in to protect her. To add insult, it is with her family’s blessing. 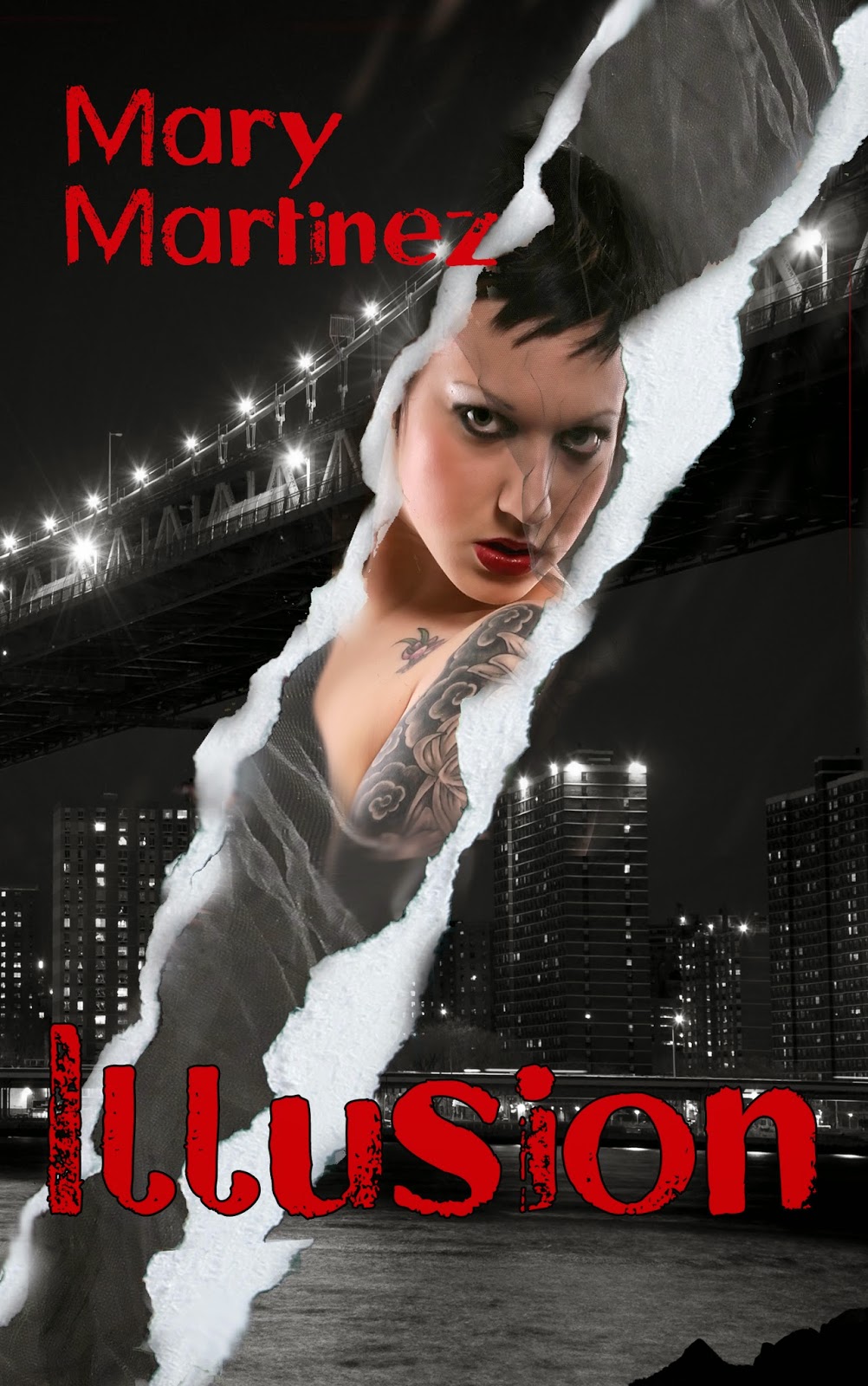 Illusion: (Coming soon)
When the Chief Financial Officer of the World Bank Group (WBG) is found dead in his Paris apartment, it’s a concern. But when the Chief Administration Officer of the International Bank for Reconstruction and Development, another WBG agency, is murdered on vacation, in the same fashion, it’s time to call in the FBI’s special terrorist task force.

Special Agent Reagan Beckett specializes in terrorists focused on shipping and financial backing, two major threats to the west coast. When a new threat looked toward one of the biggest worldwide financial institutions, she was the logical person for the team.

Reagan’s New York task force team includes a new partner, Paco Luis Perez from D.C., and FBI Special Agent, Spencer Alexander Williams III, advising as the local liaison. To work undercover with these two men, Reagan knows she’ll have to trust them with her life. Her preliminary research indicates both men have excellent records, accommodations to be proud of, and seemingly nothing to cause her much worry. Even Perez’s hot temper might come in handy, while Williams III’s arrogance and powerful Wall Street family could prove useful in tracking down the terrorist.

But Reagan knows one thing—when a terrorist is involved, most likely, there is someone on the inside. Before she can find the threat, she needs help figuring out whom to trust.

Ten years ago Reagan left Brooklyn, and not under the best circumstances. Regardless of the strained relationship with her family, she turns to the only people she can count on for support in her quest to determine which man she can literally trust with her life and to bring down the terrorists.

Thank you, again, for having me!
Posted by SpookyMrsGreen at 00:00