#SampleSunday The Vampire of Blackpool

Today I share an excerpt from my new (unpublished) novel The Vampire of Blackpool for #SampleSunday. I am very excited about this one, and I cannot wait to see it in print! Enjoy… 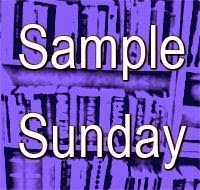 “I know you are up there,” the man said suddenly, and I stifled a gasp, crouching still and silent, “Come out and face me, vampire.”

He was a hunter.  I knew immediately by the bitter tone of his voice, and the courageous nature of his words.  For the first time in over seventy years, I was facing a vampire hunter who wanted my head on his sword.  I felt nothing.  I could easily dispatch of him.  I had done so with all the other vampire hunters throughout the centuries.  In the early years they truly believed in the power of crosses, holy water and garlic.  At first these tools had caused a little discomfort, but I had learned to overcome them.  Wooden stakes were still a problem.  There was something about wood that simply disagreed with a vampire’s body.  It was one of the few materials from which we could only heal at human speed, unless it pierced our heart, in which case it killed.  We had the same problem with pure silver.  The metal contained a natural repellent, and it worked for both vampires and shapeshifters.  We were still unsure of the reasons why.  Our ancient texts and teachers believed it was all tied to the magic of the moon.  All I knew was that I avoided coming into contact with wood and silver at all costs.

The man paced a few steps in a tight circle, looking up to where I crouched in the shadows.  He knew I was here.  He was not about to give up.  I found myself intrigued.  I could descend upon him now and kill him immediately.  I would drop his body into the ocean and nobody would be any the wiser.  But I still smarted from Samantha’s attack earlier that evening.  Despite my crazed feeding in the nightclubs, I felt weakened, exposed.  I was also angry.  How dare such a young upstart as her do that to me?  I warned her that she was in danger, and still she pursued me.  It was her fault.  She brought it on herself.  The anger that had been bubbling just below the surface suddenly burst forward, and I hissed, leaping down from my perch and aiming for the vampire hunter.  I landed on his shoulders almost immediately and he crumpled to the floor with a shout, sprawling in the soft, dry sand at the very edge of the beach.


*Image courtesy of Squidoo.com
Posted by SpookyMrsGreen at 03:29