Bridging the Gap in my Manuscript #amwriting #writetip

My current work in progress is taking a very long time to write. I began the process back in 2013, when I had seen publication of my first three Redcliffe novels, and my spin-off historical vampire novel The Darkness of Love. The novel in progress is book 4 in the Redcliffe series: Eye of the Tiger. And I have still not yet finished writing the first draft. Wow!

To my fellow writers, this might not seem particularly unusual. For me, it is. I wrote and published my first four novels all within three years. They are easy reads, genre fiction, and they are well written. OK, I concede that my first novel may now seem a little clumsy in hindsight, but I am proud of it, because it was the culmination of a dream that I nurtured for over 10 years. And they are good stories. Trust me!

Anyway, I had stumbled my way through Eye of the Tiger. I only settled on a title for it late last year. But I am not concerned about the length of time taken. This one is going to be my Best Novel Yet. It may even be the one that all the best literary agents clamour to support me with. It might be the one that lands me a massive Hollywood movie deal, or a television franchise, and all those other glamorous dreams and visions that we writers are prone to indulge in. 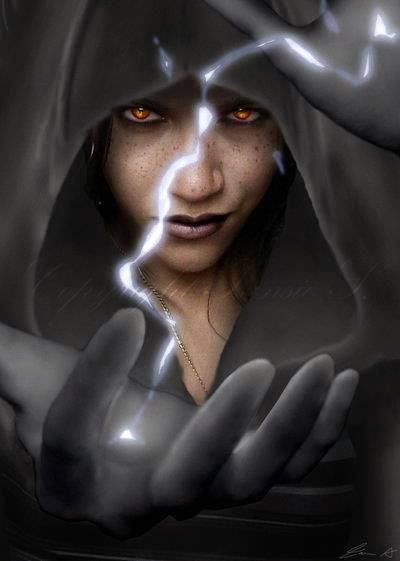 I have very nearly finished writing the first draft of Eye of the Tiger. I know what happens at the end, finally. I didn’t up until about a month ago. And it didn’t hit me like a revelation, the ending. It sort of dripped into my mind, bit  by bit, until I formed it into a decent storyline that fits the plot. My problem was getting from one section to another. Bridging the gap in the story, if you understand my meaning. I am not the kind of writer that can do chunks of a novel, and return to fill in the gaps later. I have to write it from start to finish, and then go and do the editing in a methodical manner. But, eventually, after deliberating for a couple of weeks, I sat down before my computer last night, and I just wrote it. I didn’t stop to read it back. I just wrote. And actually, I think it worked quite well. Now I am free to write the exciting, dramatic conclusion. Watch this space…


*Image courtesy of HybridGothica at Deviant Art
Posted by SpookyMrsGreen at 03:05

Email ThisBlogThis!Share to TwitterShare to FacebookShare to Pinterest
Labels: #amwriting, #writetip, a redcliffe novel, Bridging the Gap in my Manuscript, catherine green, Eye of the Tiger, the darkness of love, the redcliffe novels