There is something strange happening on my blog today, and who could we count on to solve the mystery? Sherlock Holmes, of course! And here to help is author Liz Hedgecock, to explain how she came to work with the great fictional detective. 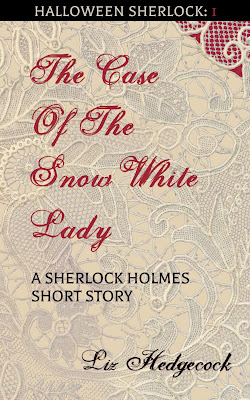 What happens when the great detective Sherlock Holmes encounters a vampire, or a fog which spirits children away from the London slums?

A series of novelettes called Halloween Sherlock, that’s what.

In the first story, The Case of the Snow-White Lady, I had to work backwards. I knew the solution to the mystery — for once that was the easy part! — but there were other things I wanted to include. The vampire is a sixteen-year old girl, the squire’s daughter, who died a month before; what impact does this have on her family? And how does an extremely rational man like Sherlock Holmes handle something so alien to his beliefs?

I thought the story would be a one-off. I was wrong. The idea of a deathly fog seeped into my mind — a grim London fog in which slum children disappear. The residents are too scared of the police to raise an alarm, until a sympathetic neighbour visits Sherlock Holmes. In Sherlock Holmes and the Deathly Fog the tensions between the slum-dwellers and the outside world, and also between Holmes and Watson, come to the fore. Add a mysterious woman in black, and the situation becomes explosive. 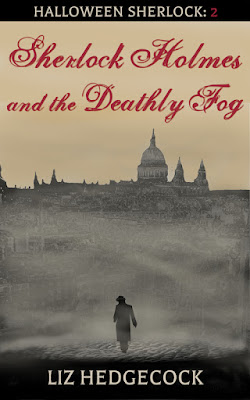 The Halloween Sherlock series can be found here: myBook.to/HalloweenSherlock. Expect another instalment in 2018…

And on Halloween itself Liz is participating in Midnight Mayhem and Magic, a Facebook author takeover to celebrate the launch of C.L. Monaghan’s new release The Hollows. This is a Halloween party with a difference; as well as the usual author takeovers we're hosting a live mini murder mystery with the chance to win a grand prize. 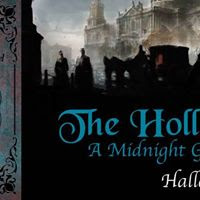 Midnight Gunn: The Hollows encompasses the thrill of a traditional Gothic mystery with an extra twist of paranormal, a splash of romance and a hint of horror!
http://mybook.to/thehollows 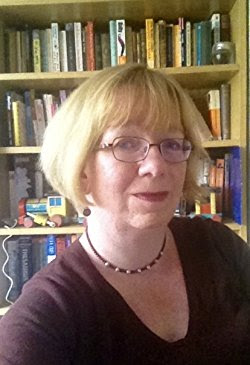 Liz Hedgecock spends much of her time hopping between the nineteenth and twenty-first centuries, murdering people. To be fair, she does usually clean up after herself. When not concocting mysteries, Liz lives quietly in Cheshire with her family. That’s her story, anyway, and she’s sticking to it.

Find Liz in the following places: