The Redcliffe novels follow the adventures of bookshop owner Jessica Stone as she meets a man and falls in love, only to discover that he is a vampire and his identical twin brother is alpha to the local werewolf pack. She is dragged into their complicated and dangerous lives to her detriment, where she discovers that nothing is as it seems in the pretty Cornish town that she calls home. She uncovers her own secrets, and those of her supposedly human friends, but most of all she learns the true power and pain of falling in love. 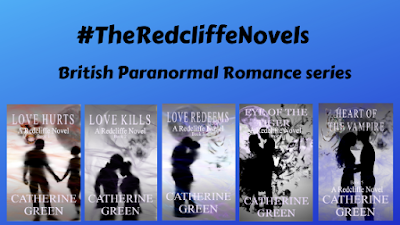 My Vampire Boyfriend (ARedcliffe Short Story Anthology) is a Kindle exclusive book that contains adult content and reveals the true nature of vampires, witches and werewolves when they are not battling for power and control. 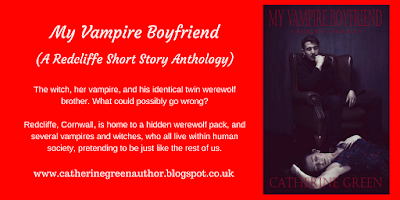 A silence fell around us, and I could feel our energies shifting in the air.  Mine was turbulent, full of anger and anxiety.  Jack’s was cold and controlling.  Danny’s power was hot, forceful and full of promise.  Simon’s was similar but with less strength.  Eventually I moved backwards, feeling the need to break the tense emotion that filled the air.
“Jack,” I said, “You should get going.  You have work to do.”
He blinked, the only movement he made.
“Yes,” he said, and then he stepped forward to give me a kiss.  It was a peck on the lips, and he hugged me briefly, “You can control her,” he said, catching my eyes with his, “And you will resolve things with Liz.”
Tears choked me suddenly.  I swallowed, forcing them back as I stepped away from Jack.
“Thanks,” I said, “See you later.”
He left with a brief nod to Danny and Simon.  When the door closed behind him I looked at the two wolves standing in my kitchen.  Both looked like stereotypical surfer dudes.  Danny was wearing khaki trousers with a bright yellow t-shirt that had a crazy abstract print on it.  Simon was wearing black baggy shorts with a green t-shirt.  His blonde hair fell in unruly waves around his face, and his sunglasses were hooked into the front of the t-shirt.  I hadn’t even noticed the sun shining outside, although I did feel the unusual warmth of this early autumn day.
“Ok,” I said with a sigh, “Shall we go and watch TV like normal people?” 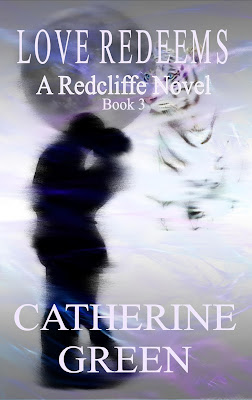