There's nothing like a wedding to bring the family together....

If not for her baby sister’s impending marriage, Margaret West would never return home. But after six long years, she finds herself a maid of honour who must answer to the people she left behind.

If her parents’ interrogation doesn’t drive her to drink, facing her foster brother, Adrian, just might. To make matters worse, her ex-fiancé is the vicar who will conduct her sister’s ceremony.

Everyone demands to know why she ran off. But the more time she spends at home, the more Margaret realizes even she doesn’t know the real reason. 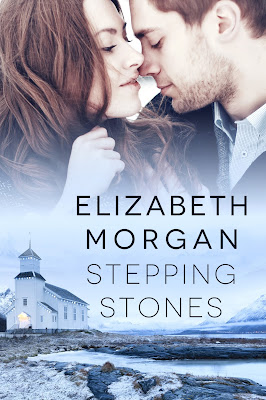 Also available in print from Amazon and Barnes & Noble!

“When is Aidy getting here?” Jessica grabbed the large bowl of scrambled eggs and brought it closer to her plate.
“I think his flight is due in at three.” My mother placed a dish of bacon on the table and took a seat beside me. “He will be in time for the wedding rehearsal; don’t worry.”
My stomach clenched. “Wedding rehearsal?” I coughed, trying to clear the chunk of toast lodged in my throat. “What wedding rehearsal?”
“Today at four. We’re running through the service.” Jess scooped egg onto her plate. “I told you.”
Nervous laughter bubbled in my throat, and try as I may, I couldn’t stop shaking my head. “No.” I patted my chest. “No, you never mentioned a rehearsal.”
“Oh.” She placed the bowl back in the middle of the table. “I could have sworn I did.”
“Nope, you didn’t. Believe me, I would have remembered otherwise.” I grabbed my mug and knocked the coffee back before finishing my piece of toast.
“Well, it’s no big deal.” Edward took the bowl of eggs and helped himself.
“Just a quick run-through.”
“Will everyone be there?” Forcing a smile on my face, I looked up at them both, hoping like hell my question would pass as innocent and genuine curiosity.
“Anyone who is involved in the wedding itself will be.”
Great. So that meant Jessica, Edward, the parents, and the bridesmaids, plus me. Plus Adrian and…. “Will Vicar Taylor be there?”
Oh, God, did my voice just go higher?
“Yes, Margaret, William will be there. He is the one who is marrying Jessie and Edward, so he needs to be there.” My father skewered some bacon and tomatoes onto his fork.
Grimacing, I reached out and grabbed another piece of toast. “Just a question, Pa.”
A stupid one, but a question, nevertheless…
“It is normal for people to have wedding rehearsals, Margaret. Just because you—”
Jess picked up the coffeepot. “Does anyone want more coffee?”
I straightened, my focus fixed on Pa. “I’m aware.”
“Maggie?”
My father’s shoulders went rigid. He lifted his head, and our gazes locked. I didn’t miss the way the muscle in the side of his neck ticked. Arguing with my father in front of Jessica and Edward was not an option, so I looked away.
“Please.” I held out my mug, and Jess poured the dark liquid.
I could kick myself. A wedding rehearsal hadn’t even crossed my mind. Having to stand at the altar before William on the actual wedding day would be hard enough, but having to do it twice…my stomach churned.
“So, will Adrian come straight to the church?” Edward cut the awkward silence.
“Yes. He will get a taxi to the church, and then we will bring him and his luggage back here.” My mother held her mug out to Jess.
“Adrian is staying here? Tonight?” I added sugar to my coffee. “Won’t it be crowded? I thought—”
“No more crowded than it was in your childhood.” My father took a bite of his toast.
More and more good news. Of course he would be staying here; it was his family home, after all. I guess it was stupid of me to hope he would go to a B&B, but my parents wouldn’t have allowed it even if he’d suggested it. I hadn’t seen him in six years, hadn’t spoken to him. And yet, in a couple of hours, I would be locked in the same house with him. 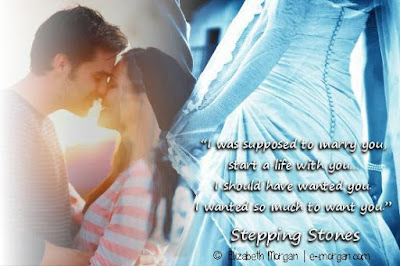 Like her tagline says; A pick ‘n’ mix genre author. “I’m not greedy. I just like variety.”

And that she does, so look out for more information on her upcoming releases at her website: www.e-morgan.com

Away from the computer, Elizabeth can be found in the garden trying hard not to kill her plants, dancing around her little cottage with the radio on while she cleans, watching movies or good television programmes – Dr Who? Atlantis? The Musketeers? Poldark? American Horror Story? Heck, yes! – Or curled up with her two cats reading a book.

Where to find Elizabeth Online:

Stepping Stones re-release also marks my final title being reclaimed and self-published. Yes, that's right; I am officially, 100% a self-published Author and loving it.

So to celebrate I'm giving two lucky readers the chance to win all 8 of my titles in ebook format. That's right you can win an ebook copy of each of my following titles and yes, that includes today’s re-release;

All 3 books in The Blood Series;
She-Wolf 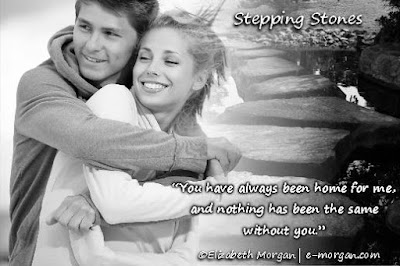 All you have to do to be in with a chance of winning these titles is leave some entries on the below rafflecopter. Yes, it's that simple. Thank you in advance and Good Luck!