It is over! It is finally over! The amazing saga that is Twilight has aired its final movie, and the world of vampire and werewolf lovers will be in mourning. Well, those of us who enjoyed the books and films! I have to admit; I did not read the novels. I tried to read the first one, but I found it boring and gave up. Perhaps I should give it another go.

I really did enjoy the films. I especially enjoyed Breaking Dawn Part 2, because I could feel and see the love that was poured into this project by its creators. It wasn’t simply about the money. That is an easy target for people who are jealous of Stephanie Meyer’s immense success. I admire her. She wrote a story from the heart, she managed to get it seen by the right people in the industry, and now her creation will live on forever. 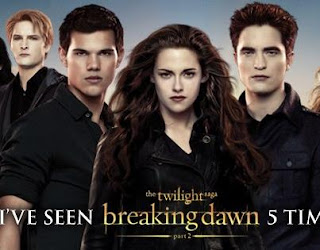 After all, that is what we all strive for as authors, don’t we? I know I do. Which is why I am now introducing, for those who have not yet discovered them, my Redcliffe novels. I draw a parallel with the Twilight saga in that my books tell the story of a witch who falls in love with a vampire and a werewolf. The Redcliffe novels are strictly adult, however, and not for the faint hearted. The first in the series is Love Hurts (ARedcliffe Novel), the sequel is Love Kills (A Redcliffe Novel) and the third book Love Redeems (A Redcliffe Novel) is estimated for release in 2013.

Set in Cornwall, England, the Redcliffe novels follow the adventures of bookshop owner Jessica Stone as she unwittingly falls in love with a vampire, becomes entangled with his identical twin brother's werewolf pack, and then discovers she is a witch.

In the newly released sequel Love Kills (A RedcliffeNovel) Jessica Stone recovers from an horrific werewolf attack and comes to terms with revelations that her lover, Jack Mason, is a vampire, his brother, Danny, the werewolf pack leader, and her best friend, Simon, is a werewolf.  Add to that her discovery that she is a witch, and life is suddenly a whole lot harder than it used to be. Jessica has to fight for her own life and Jack’s when faced with his jealous vampire master who wants her old lover back. But things are never easy, and a vampire master is not so easy to defeat… 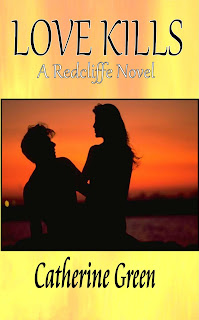 Posted by SpookyMrsGreen at 13:10